Switch to the dark mode that's kinder on your eyes at night time.

Switch to the light mode that's kinder on your eyes at day time.

David Barnes , Caldwell County football coach has dies this morning at the age of 59, he died after falling ill during his team’s Hopkins Central High School scrimmage last night. He was rushed to the hospital for emergency treatment where he died this morning.

Coach David Barnes has battled Parkinson’s disease since 2017, he continued to coach even after he was diagnosed of that disease.

Watch the story of his fight with Parkinson’s disease on this 2 minutes video clip.

Barnes, a graduate of Caldwell County, took over at his alma mater in 2006, and had a record of 110-50 in his 13 seasons leading the Tigers. He led Caldwell County to the 2012 KHSAA Class 2A State Championship game, where they ultimately fell to Newport Central Catholic 30-26, according to a report by wpsdlocal6.com/

Here are some tributes posted on social media by fans and friends of the beloved coach to honor his life and legacy.

Our thoughts and prayers to the Caldwell County and Barnes family on the passing of coach David Barnes. Longtime coach and athletic director and advocate for kids and football. Good man and contributor to education based athletics. RIP

Coach Barnes. You were loved and respected by so many. You will always have a lasting impact on Caldwell County. On behalf of all the Caldwell Crazies, thank you for touching so many lives and making Friday nights so much fun. You are already missed so much.

David Barnes was hands down one of the nicest people you will ever meet. I spoke with him just last week about the upcoming season and how excited he was. I am stunned at this news. High school football won’t be the same without him. Prayers to his family and loved ones.

We are saddened to hear of the passing of a high school football legend & dear friend to the RACERS – Coach David Barnes. Life is precious. Try to live it like Coach Barnes did. Please keep his family, team, school, and hundreds of people he touched in your thoughts & prayers. 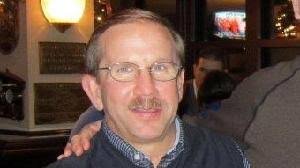 John Chekwas is a Breaking News reporter for Market News. He also has a penchant for music, art and entertainment . Chekwas holds a degree in Mass communication from St Anthony Commercial College , Alayi Abia State Nigeria.

Hey Friend! Before You Go…

Get the best viral stories straight into your inbox before everyone else!

Get the best viral stories straight into your inbox!